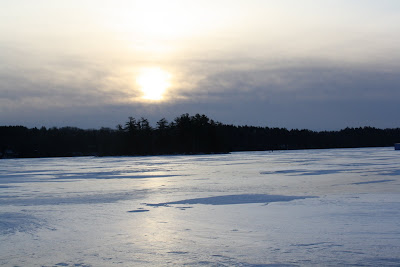 Initially I was not sure that I would even post this information but seeing how I have nothing to hide and would like to set the record straight for those who have been misinformed. And out of respect for my friends & family that have yet to hear what is going on the information will be most accurate coming directly from the source.
Rumor has it I have cancer, I guess no one is to blame after hearing the words tumor & radiation in the same sentence. What I do have is a cervical hemiangioma (a benign vascular tumor in my neck). I have probably had it my entire life however it has progressed throughout the years. Hemiangiomas of the spine are very common however they are usually found in the lower vertebrae (lumbar and/or thoracic region) and they do not usually encompass the entire vertebral body as mine does. The orthopedic neurosurgeon I saw said I am only the second case he has actually see in his many years of practice.
Long story a little shorter.....I have had neck pain since my 20's which has progressed. I was seen a few times with no real findings and just resumed to living with intermittent pain. Last February I was asked to be a test patient for a neck MRI and the hemangioma was an incidental finding. Fast forward 9 months later.... the frequency and severity of my pain was worsening. I consulted with a couple other doctors and after very little convincing from Maine Man I went to see my PCP and then was sent to an Orthopedic Neurosurgeon who then consulted with some of his colleagues due to the rarity of my case.
The worst case scenarios with this cervical hemiangioma is a compression fracture potentially leading to paralysis and/or uncontrollable bleeding if I were to emergently require surgery.
The plan.... I will be receiving radiation therapy starting in approximately 2 - 3 weeks. I will receive 20 treatments total, 5 days a week for 1 month. I will be watched closely throughout and thereafter in hopes that the bone will grow back and/or scar tissue will replace the tumor. I am hopeful that this treatment will work but if it does not I will have to have neck surgery to fuse my vertebrae.
With this new adventure the commitment to post here on my blog everyday in 2011 will not happen but I will still try to post frequently. My plan is to sneak my camera into the cancer center and share some bits & pieces of my journey.
Posted by Country Girl at 2:27 PM

Labels: about me, life

Sorry to hear this news. How nice that you will have the new cancer center available if needed! As you know I am nearby so please let me know if I can lend a hand. henbogle @ gmail.com

I admire your strenght for sharing
this information with us. We're here for you and your family anytime for anything. You'll get through this, I know you will

I am sorry that you are having to go through this. I will pray that God guides you through and protects you.

Kim I am sorry you have to go thru this at all. If anyone is tough enough to survive it, I know it is you. Your posts thru the year I have been reading them amaze me at all you do and to know you have been being all this and in chronic pain is all the more proof of your incredible endurance.
If there is anything I can do to help, I am just a phone call/email away. You know I love to cook~
In support~
Billi

Sorry to hear your news. You will be in my prayers.

I'm so sorry to hear about this. Hoping and praying that the initial treatment is successful. Do you need anything?

Thanks Ali. I am fortunate to have the new center. I am confident that things will all work out. God has a plan and this is part of it. Just a bump in the road.
Thanks Pat & Sonya,Tracey your support means so much !
Billi, I might just fake sick to get some of your cooking. lol I appreciate your sweet comment.
Jenn, I am all good. THANKS!

I'm praying for the best possible outcome for you! God Bless You!

Good luck throughout this ordeal. I hope that everything goes well. If you need anything let me know. We are semi-close by.
jlcapraro@gmail.com

You are super-strong. I'll be thinking of you and hoping you get back to simple farming adventures soon. Stay positive-- You are an inspiration!

I have been following your blog from about sept when i lost my mom to cancer very suddenly and my dad last dec to a massive heart attack. You and your family have become quite special to myself and my wife as i grab her to show what is new on your farm.We pray that all wil be fine and look forward to many more of your adventures and special moments that you share.

I am also very sorry to hear of your plight, thank you for sharing your news, we can all now pray for you, I would do the same thing. Good luck.

Hugs and prayers for you sweetie.

Best of luck to you Kim. A lot of people will be hoping and praying for a good outcome on your behalf. Best wishes, Karen

Thank you for sharing. I know we will all be wishing you a fast recovery. I know you can do this. Please keep us posted.

I will certainly be praying for you and your wonderful family. You can do this Kim. You are "Country Girl" strong.

Wow... that sounds scary. I know that everything will go well for you though! May everything go smoothly and swiftly for you! I haven't commented much but I still read and I wish you well!

Thanks for all the love & support. Greatly appreciated!

Hey girl! I just read what was going on. Well, I have known you for many many years, I KNOW, you are one STRONG, GO GETTING WOMAN! This will be tough at times, but you will do it!! I am here for you always! If you need anything, I am here. Hugs and Love your way....(Lots of it!)