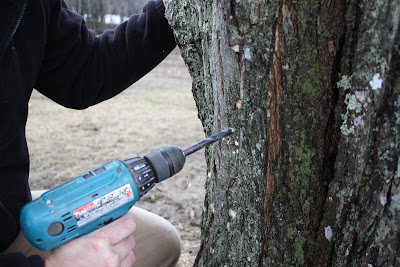 Last Sunday (2/7) we tapped a few trees here on the farm. We put out 9 taps to be exact. Earlier then most years but a week or two later then some locals. Some Mainers tapped early with great success due to the UNUSUAL warm weather. In my 35 years I can honestly say I do not EVER remember a winter quite like this. Last year we tapped the 3rd weekend in March, it was our first time ever. 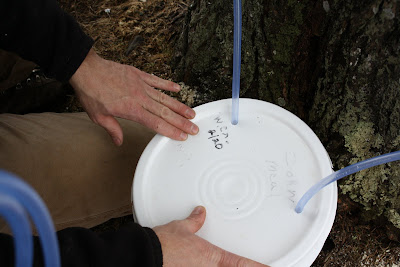 In the past we collected sap in 1 gallon water jugs. This year we upgraded to 5 gallon buckets and tubing. Much more efficient! 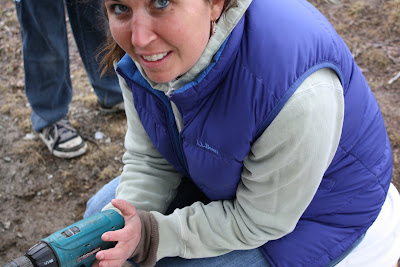 Maine Man even dared to hand over the power tools. I'm a little hard on equipment! 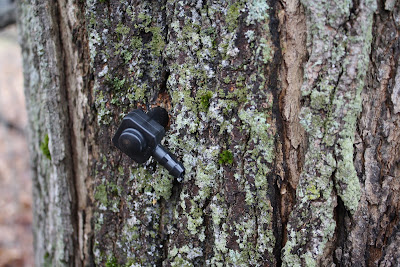 And the sap started dripping. Flower Girl said "It looks just like water."
It does......and I have a cute tale to go with that. A local farmer told me this story last week. His friend collects his sap, pours it in a pot and goes on to finish his chores. A while later his wife gets home, sees the "water boiling" and adds some macaroni. The man comes in and sees his sap isn't on the stove and says "hey where's my sap?" She starts laughing as they both realized what she had done. He said the macaroni was good, " a little sweeter than usual." 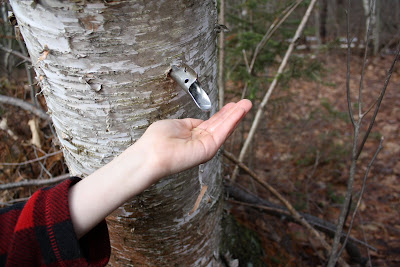 In addition to the maple trees we tapped 2 birch trees. I had read about it a few times before and thought it would be fun to try something new. MM was a bit skeptical but he went along with my madness once again. See why I love him so! 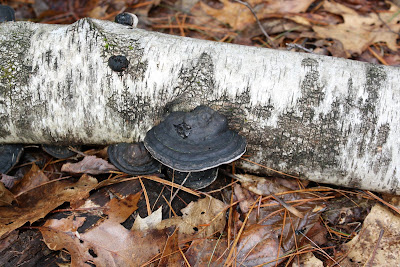 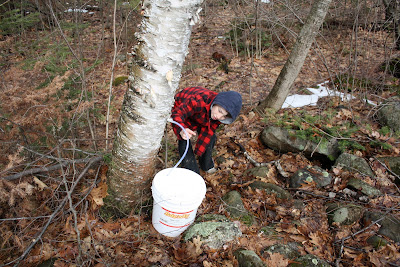 Lets just say this will be the first and last time we do that. This past weekend I boiled down 3 gallons which equaled approx 3-4 ounces. Not quite worth the effort but it was fun to try. MM described it as a "sweet, nutty" flavor "almost like the smell of a fresh cut birch tree." I thought is smelled like cotton candy, tasted sweet but a little bitter. I'd much prefer the maple that simmered over an open fire for 10 hours. It was extremely windy the day I boiled it down. I'd hate to even count the times I stoked the fire. Tonight the sap is simmering on the top of our wood stove. Thanks for the idea Joe & Maryanne. We will see what it brings come morning. 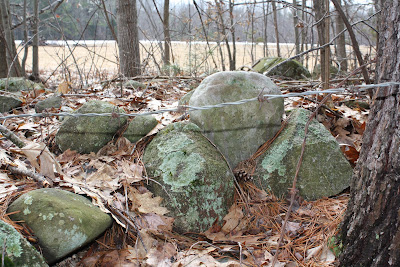 Although it is MUCH more labor intensive there are many benefits for boiling over an open fire:
Posted by Country Girl at 9:32 PM

I always wanted to try and make maple syrup. How long does it take to boil down for a gallon?

Oh, I love homemade maple syrup! I hope you have a great harvest.

Your macaroni story is eerily similar to the Native American legend I read about how maple syrup was discovered. Supposedly, a chief came home one night and tossed his ax into a maple tree and forgot about it. The ax just happened to be over a cooking pot, so sap dripped down into the pot. Later, his daughter got lazy and decided to use that pot of "water" to boil their venison rather than going down to the creek. The resulting sweet taste turned them onto maple sugar.

We tried it here in Virginia one year, but our waterier sap is about like your birch sap and we decided it wasn't worth it!

Glad to read your thoughts on making birch syrup. I have considered doing that this year. I am glad, now, that I decided not to. I am hoping to tap a few maples next year, though.

That sounds so good. Pancakes or waffles?

Country Girl the Herb Book is yours. Here is my email toddmissy@q.com just tell me where to mail it! :0)

SFG, THE CONTAINER WE USE ONLY HOLDS ABOUT 3 GALLONS AND WE ADD TO IT AS IT BOILS DOWN. FOR US TO MAKE A GALLON OF MAPLE SYRUP WOULD TAKE WEEKS. WE ARE UP TO 3 QUARTS SO FARR AND WE HAVE BOILED DOWN A GOOD AMOUNT.

THANKS PM, ME TOO!

LOVED YOUR STORY ANNA. THE SIMALARITIES ARE IRONIC. THANKS FOR SHARING.

Yum and how fun! Sorry had to leave FB.

How come you left FB Amy?

interesting, would love to try your syrup.

Maybe I will will send you some Joanne, in your package. I should have it in the mail in about a week. Bare with me.

The bucket idea is genius! We used to hang all manner of container on trees and it was ridiculous...your solution is brilliant. I dig your cool plastic taps too...Achorn farms on the cutting edge of maple syrup!

I love making maple syrup. I totally agree with you about being outside, cleaning up all the dead wood lying around and generally having time to linger.

My sap stopped running this week! WHat is up with that? It hasn't beenbelow freezing at night so maybe that is the "problem?"