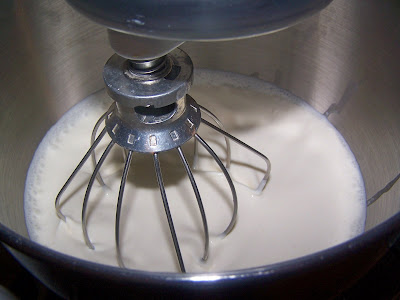 What's a girl to do when someone gives her a few pints of heavy cream? My initial thought was to recreate a vanilla bean ice cream I made a few weeks back. Well at 236 calories per 1/2 cup I opted to give butter making a try since I won't eat that by the bowl.

It was quick and easy! Here are the steps I followed:

1) Pour the cream in the mixer, start on low. 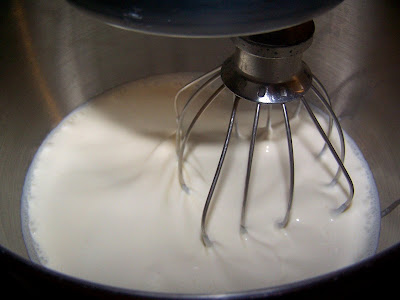 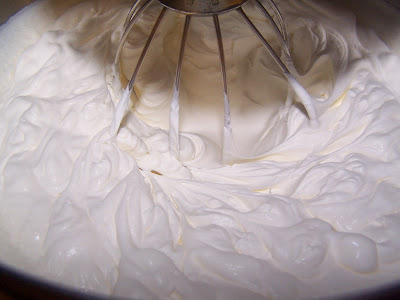 After a while the cream eventually turns into whipped cream. 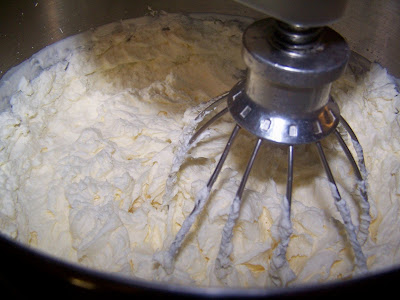 4) At this point you want to watch it closely as it turns to a crumbly butter-type texture. 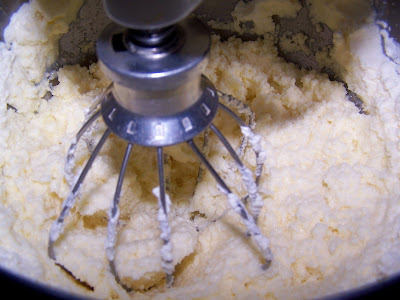 5) As soon as you start to noticing liquid accumulation, drain off into a bowl. After that I mix a bit then drain liquid, repeating this cycle a couple times. Then form the butter and rinse the remaining buttermilk off. 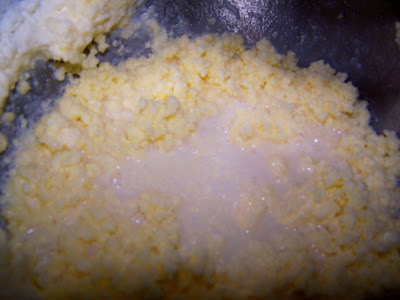 The buttermilk can be used for cooking. 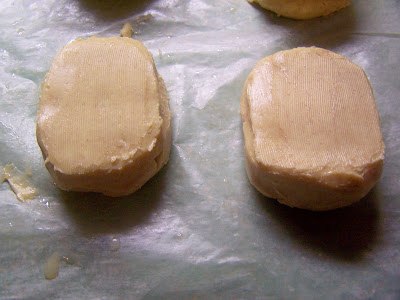 I made a batch of plain butter adding approximately 1 teaspoon of salt per pint.
Then I made cinnamon honey butter using 1 teaspoon of cinnamon and 1/2 cup of local honey. 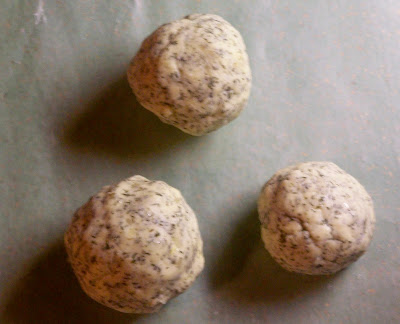 My all time favorite was garlic/dill. A couple crushed cloves and 2 Tablespoons of dill.
Posted by Country Girl at 8:40 PM

Yum! I love butter. We were just talking about making butter last week but haven't done it yet. I hadn't thought about using the stand mixer. Hmmmm...
Judy

The stand mixer is a brilliant idea, too bad I don't own one! I do love homemade herbed butter! Yum! Still waiting for MM's bread pics.....LOL :)

MMM, I have always wanted to make butter. They all sound yummy! Looks a lot easier then I thought.

Looks good! I love the sound of the cinnamon & honey butter:)

Yes, butter is on my hitlist for the year. And you made it look so easy, perhaps there's no need to procrastinate any longer!!

Oh my mouth is watering! Cinnamon honey butter....garlic dill...yummm. How magical that basically all you have to do to make butter is whip it.

I love that! I've not tried it, but wish I could mix my fresh goats milk into butter, I'll try it anyway.

I'm thinking some cinnamon honey butter would be just dandy with the homemade bread I made yesterday. Thanks for the idea!

What a lovely accompaniment the butter will be for your homemade breads! WOW! I'm thinking it might not be a safe alternate to the ice cream for me: I might be tempted to eat it by the bowl!

Thanks so much! I've got bread rising now. Where to get some cream? Hmmm...

Yeah for local honey! We've made butter like you did but we have never added anything to it...great idea!

Fun!! I want to try.
You had me up until Step 5.
"Then form the butter and rinse the remaining buttermilk off".
Am I rinsing the butter "bricks" with water under the faucet? (Probably not because the buttermilk would go down the drain and not be useable for cooking).
Anyway, all three types sounds absolutely delicious - definitely want to try this.

ha ha, my word verification is "lardac"..phew, i thought for a second it was calling me a lard a**. LOL

Farmgirl
Drain off buttermilk then after the blocks are formed I just rinsed with water. Guess you could do before you form it just seemed easier to do after. I did not save that rinsed water, there is plently of buttermilk you can get prior too. I like the garlic dill best. Good luck!