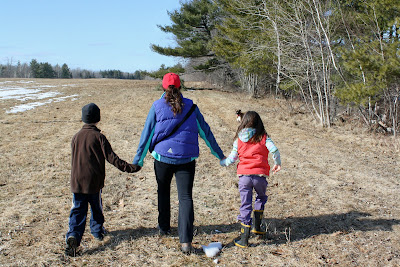 Today the weather was absolutely GORGEOUS!
What started out as me heading out on the back forty for a work-out turned into a family affair. 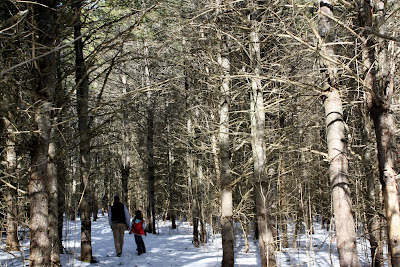 This patch of pines is one of my favorite spots in the trail. 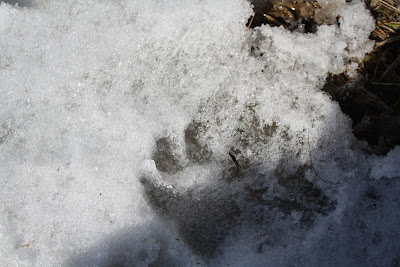 We scouted out many paw prints: rabbit, squirrel, partridge, and deer....not sure what the above is. I thought a bear but Maine Man suspected it may be a coyote. What do you think? 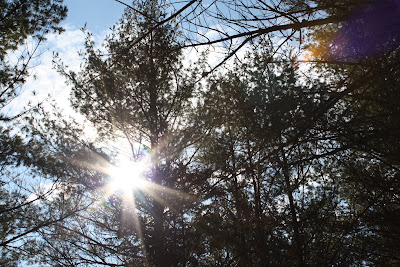 Almost forgot to mention (not)...I bought a new camera. Wooo Hooo, I have been talking about it for a year now. Ha, I had to prep MM for the purchase ;) It is a Canon Rebel XS. I love it but figured out quickly that I need a telephoto lens sooner than later. That may send MM over the edge. He's REALLY frugal, not a bad thing. I'll just tell him after I order it like I did with the camera. Prep him, Order it, then Tell him. Sneaky... 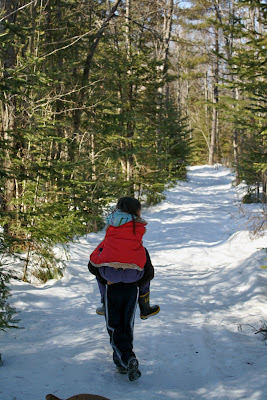 Still each others best friend although they'd never admit it. 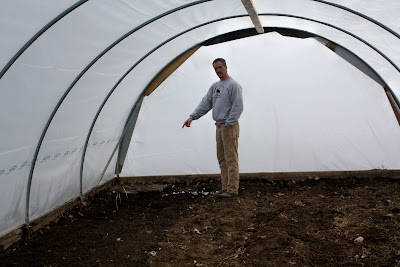 Later in the day MM did some experimental planting in the greenhouse. It had to be at least 70 degrees in there. He planted a few potatoes we had sprouting in the cellar and a couple garlic cloves. Now as I type he and his girl are in the kitchen starting tomatoes, onions, and green peppers. 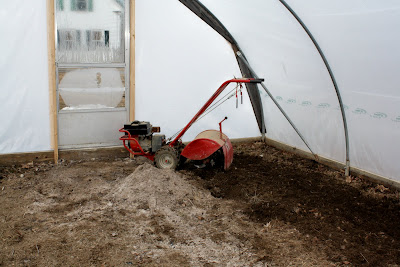 He tilled in the ashes. We have burned wood exclusively this season except this past weekend as we were away. I had to order oil for the for the first time this winter, it was painful! 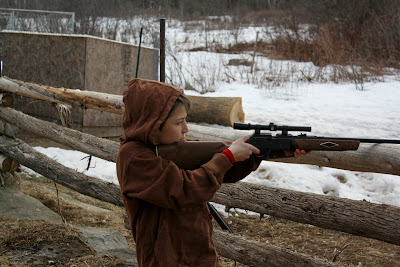 Hard to believe this coming fall he will be carrying around a real gun in the woods.
I am just thankful he has a Dad that will safely guide him through this phase of his life. 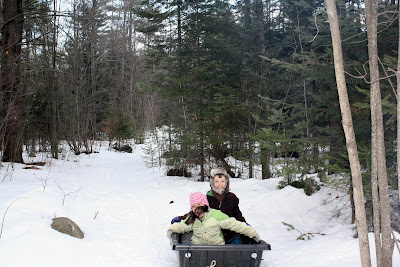 We ended the afternoon with a sled ride and a fire.
Now we are watching the Olympics.
Lovely day!
Life is good!
Posted by Country Girl at 9:14 PM

Great day out! I visit a few blogs written by folks from Maine, and I can't get over the scenery. I envy you guys!

What a great day of family fun!
You are SNEAKY with the purchase. LOL!

Thanks for the post-your family is where we hope to be next year! -not geographically {{smile}}
I will have patience-good things are coming!
Kris

Is your hoop house heated only by the sun? Seventy sounds pretty nice though we are around 20 now with no sun and have been for weeks. Anyhow, just curious

I love the green house idea. Do you heat it! The pictures of the walk were beautiful!

Casey thanks it is beautiful here in Maine.

Kris good things do come with time and patience. I am lacking in patience though ;)

Yes Warren only heated by the sun so far. We may eventually heat with a wood stove.


Thanks Missy, not heated yet. This will be our first Spring with it.

What a beautiful day !!


Great pics,,,we have pileated woodpeckers here too...and about 4 other kinds as well.


I'm jealous of the camera!!