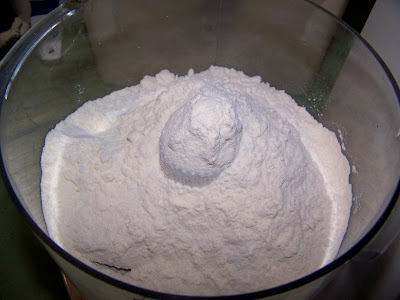 Where did that saying ever come from anyway? Who ever thought pie making was easy? I never did until I attempted making it Angie's way from over at Children in the Corn.
I've been making pie crust for about a year now with NO failed attempts. Bread making.....well that is a different story!

So here is the secret...

Place the first three ingredients in your food processor, pulse for a moment. Like my new dishes? I picked up a set for REAL cheap at a local thirft store. Beats the mismatch dishes they replaced! I considered starting a collection of fiestaware until I priced it out. I quickly changed my mind. 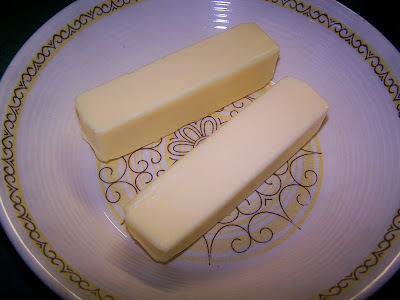 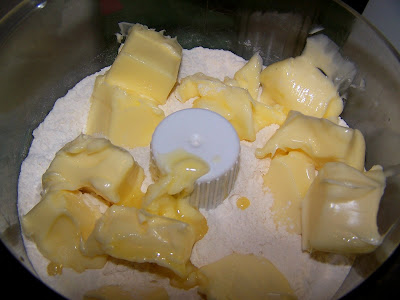 Soften the butter, cut it up into several pieces then add to the food processor. 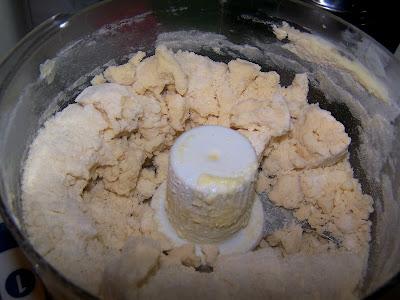 Mix until it gets crumbly. 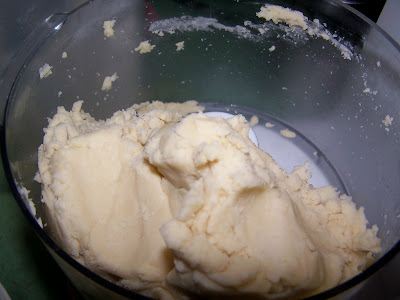 Then add water, mix
Form ball, cut in half
Wrap with saran
Refrigerate for 2 hours 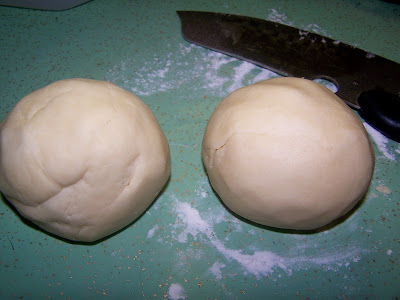 Easy as pie....Maine Man took over from here. 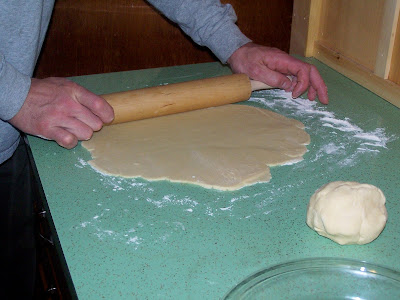 There is something sexy about a man in a kitchen. Isn't there?
Posted by Country Girl at 9:12 PM

yes definitely a good sign when the man loves to be in on the kitchen action!!

I have never used a food processor while I have made dough before. Do you think it is easier than doing it by hand? Did it turn out to be a fruit pie or a dinner pie? Lovely dishes by the way.

My hubby does taxes for a lady he worked with at his old job. Every year she brings him a lemon meringue pie...YUMMY!! Even several days later, it is good. I don't make pies enough to be confident about it.

I make pie crust in a food processor, too. It is so much easier than using pastry knives.

EM, I wouldn't say he loves it but he is starting to get more and more into it....thankfully.

LMM, It is much easier and a lot less mess.

KS, try this method and you'll be confident. It really takes about 5 minutes start to finish minus the dishes ;) I have never make lemon pie before.

Lacy, I agree. So glad I came across her post.

Your crust looks real smooth and flexible. I can never make it flexible, mine always tears or sticks to the counter. I am going to have to try this out.

I love when my hubby helps in the kitchen. I even grabbed the camera the other day and took pics. Makes me so happy!

I love making pie dough and I use the food processor method as well.

lol..I always say "There is NOTHING like the sight of a man with a broom in his hand...."

I make pie crust a lot, but have never used the food processor route. Maybe I'll give it a whirl one of these days...


Have a blessed day!!