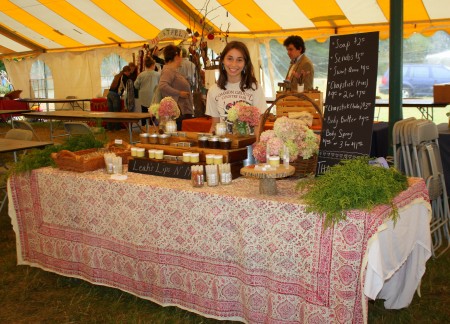 For the last several years we have attended the Common Ground Fair.  This year being the second year the kids sold their homemade goods in the youth tent. It is an awesome event that we enjoy on many levels.  In addition to marveling at all of the creations local artisans display Maine Man and I always try and take the time to listen to some of the speakers.  We always leave feeling inspired to do and be more! 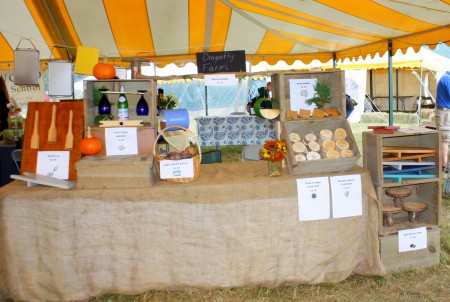 Above is the boys display.  They are too cool for pictures. 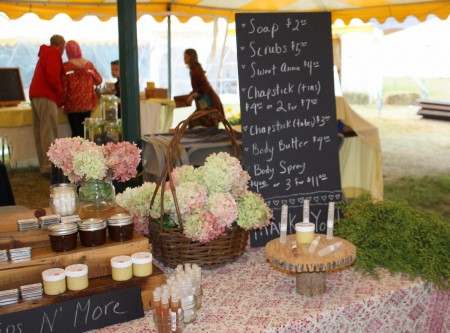 This year we were inspired by folks who spoke of raw foods, homesteading in the 21st century, egg production, and wine making.  MM has been successfully making wine for a couple years now using a fairly basic recipe he learned from the Common Ground Fair.  He actually has a half written post started to share his method but he has yet to finish it so it can be published.  I suspect as the weather cools and he spends more time inside he will do just that. 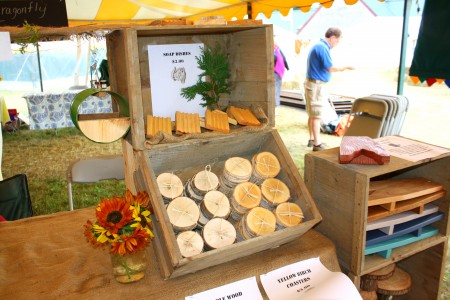