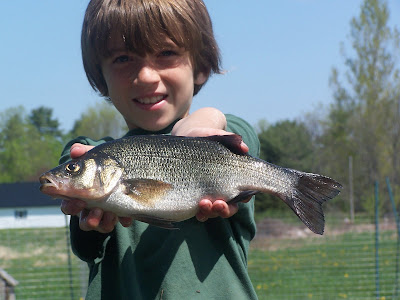 What is a dad to do when he is home alone with his boy on a warm spring day? 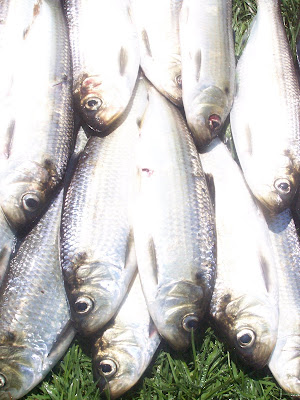 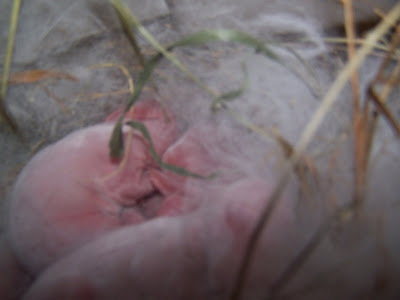 Garden is coming along. We have lots more planting to be had over the next few weeks. The greenhouse is another project that needs to be done. Not sure when we will have the time. One of MM's buddies gave him plastic for it. Only problem is that it is 3 feet too short in width. Not sure what we are going to do with that. Too bad it wasn't too short in length instead. That would have been an easy fix.
Posted by Country Girl at 9:20 PM

I love the photos! Congratulations on your new babies!

One of my favorite things about coming to your blog is simply the photos. At times (thankfully not tonight), I've been so exhausted that the very thought of reading made me feel dizzy -- your blog is always so comforting because I can just get thoroughly lost in the beauty of your farm kids, farming adventures, animal husbandry, and so much more.

Of course, I go back and read the posts later. I'm always glad that I did, too. You are such a delight! I wish we were neighbors, too.

I really like your site I teach children in church and I am in puppet ministry love to fish boy that boy sure caught alot of fishes he look like he having fun www jackswhatup.ws come and help a newbie out yours in christ, withoutavision.net

You've been BUSY! How do you find the time to do all your homesteading projects on top of working? I thought I was busy but you've got me beat.

I'm hoping to buy a couple of shoats late July/early August this year. That timing actually works out well here for feeding them nuts and butchering in the cold weather.

Why of course that's what a Dad's to do! Seeing those pics makes me want to go fishing. We haven't been this year. I'm glad to hear that "the tote" is such a success. I think I'll start making some calls and see about starting one up.

I know I've been outta the loop lately, but did I read cattle?! When did/does this happen? Boy, you guys are a force to be reckoned with...you've just got sooo much going on!! Looking forward to seeing MM's plucker! :)

Wow, lots going on over there! I just love coming to read all about your "adventures". I guess I can live my dream through you.

Love the fishing photos, reminds me of Kyle when he was young.
RE the yogurt, did you get the starter at Uncle Dean's? That's what I use, and I like it a lot although I'm used to it. It isn't quite Fage Greek Yogurt, but it is a LOT more economical!

Keep your eyes peeled for a yogurt maker at Amazon. I got one that holds a 1 quart mason jar perfectly, and it was only $10 (Salton brand). I've saved enough to pay for it 3 times over, and it is way easier than the cooler route.

With all that you are busy doing you probably don't need a sleeping pill at night, huh?

Sometimes reading your blog inspires me and sometimes it makes me feel like a down-right slacker!

Cattle? Does any other follower want to wager what Country Girl and MM will get next? He he he heh....LOL!

WOW! You are so productive! Good for you! You must feel great about all your accomplishments!

Wow, and I thought I had been busy!
At least you take the time to blog, something I haven't been doing.
Congrats on the baby bunnies!!!
Don't be afraid to handle them. I have found that the more interaction you have with them, the easier they are to handle later.

Congrats on your first litter of bunnies! I am excited for you guys! And your fryers look great! Let me know how the plucker works! My hubs wants to raise fryers but he wanted to have a plucker so let me know and he can probably build one too. Talk soon, Janine

I've been hearing about grape nut pudding since we moved to Maine, but I've yet to try it...guess it's time to give it a whirl!

Were the fish caught in your pond? We'll definitely have to get together this summer - the kids would have a ball together.

My word you are busy! Looks like tons of fun though! Congrats on the baby and the fish!

Sounds like a lot of things are going on around your place, Kim!
The fresh fish looks wonderful!

THANKS LACY, YOU ARE SOOO SWEET!

TOO FUNNY FARM MOM. I LOOK FORWARD TO POSTING IT.

HB, YES I DO. THANKS FOR THE INFO ALI.


CG THANKS, YOU TOO FUNNY!

JEN THE FISH WERE CAUGHT IN THE RIVER JUST DOWN THE ROAD.

Don't give up on the raw milk...we buy it from a family down the road, $3 a gallon. My husband puts in one of those glass jars that have a spout at the bottom. We get the milk and he gets the cream for butter. He makes the butter in the food processor..