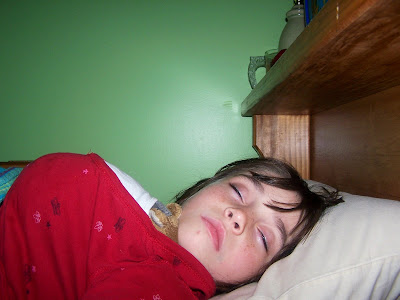 I couldn't resist taking a picture of this. She was sleeping with her stuffed chipmunk in her shirt. 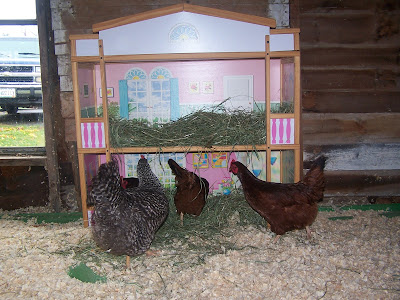 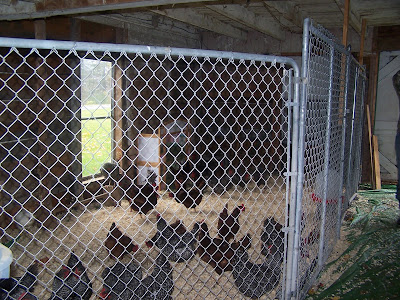 The weather has been cold here in Maine with heavy frosts in the mornings so we decided to bring the girls in the barn. They were in 2 seperate coops and and we had made previous attempts to intergrate with no luck. They are territorial and can be downright nasty to one another. It took a bit for them to adjust but they are all good now. Above is a Leah's old doll house (that she never used) converted into a laying box with a few minor adjustments the girls are now laying there. The fencing was leftover pieces we had hanging around. 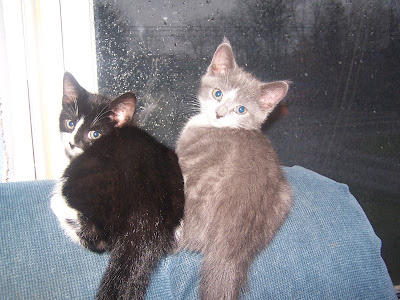 Back to the naughty chickens...last Friday John butchered 30 meat birds, so he thought. Long story short, one had jumped out and was found the next day. Initially I thought "lucky bird" until a few of the others chickens picked on him so bad that I had to kill it. For the first time John was not availabile to do the dirty deed, so it was left to me. Initially I was a bit distraught and called my neighbor for advice. He had several suggestions for me and I opted to use the kids BB gun to put this poor bird out of misery. Another thing to add to my list of firsts for the year. :(

On a final note an article about China's recent scare, tainted eggs. Another reason to grow your own and/or buy local.

Oh that's why you said you had to kill an animal the other day? It was the chicken?

Happy Halloween to you too!

Congrats on your first chicken! Next, deer season? LOL!

Too sweet, it has warmed up today!

Funny...riot fence for the chickens! It just struck me as funny..a riot if you will!

Very Imaginative use of the doll house. Very pretty kittens.
Sorry you had to kill the chicken, but whenever you raise animals you must be prepared to have to put them down too. And protect them from predators by having to kill them too. A sad fact of life.

Lots of firsts for you this year! Every new thing you do adds more depth to your life.

It's not easy to do some of those firsts.

The kittens are adorable! But sleeping with a chipmunk stuffing in your shirt........is priceless :)

Ok, that dollhouse nesting box is too cool :) love all the pictures!

THANKS FOR ALL YOUR COMMENTS, I ALWAYS LOOK FORWARD TO WHAT OTHERS HAVE TO SAY!

RO, I'D LIKE TO SHOOT A DEER TO PUT MORE MEAT IN THE FREEZER BUT IT WOULD BE LUCK AS I DO NOT PUT MY TIME IN LIKE I SHOULD.

PP, I'D SAY WINTER IS NEAR. MY LEAST FAVORITE SEASON.

WARREN, ARE YOU MAKING FUN OF MY FENCING??? HEY, IT WAS FREE/RECYCLED AND WE ARE CHEAP!

GW, YOU ARE SO RIGHT!

ERICA I THOUGHT IT WAS PRICELESS TOO. SHE'S A CHARACTER!

Love that top pic - what a beautiful girl!